Lawmakers on the House Appropriations Committee passed an amended version of the State Pay Plan (HB13) over the weekend.

Rather than approving a plan giving a five percent raise this and next year to all state employees, the pay play now gives a lump sum of money to the Governor’s office to renegotiate raise amounts with labor unions. It also strips about $38 million from the plan negotiated between former Governor Brian Schweitzer and those unions, from about $152 Million to $114 Million.

“What it basically says is ‘sorry Executive, you don’t really have any power to negotiate. We’ll hand you some money and you have to go back out and negotiate with the money that we’ve given you,” said Representative Galen Hollenbaugh (D-Helena). He sits on the Appropriations Committee and joined all Democrats in opposing the bill.

“If we wouldn’t have gotten the bill out of here Saturday, It probably would have been tabled,” said Representative Steve Gibson (R-East Helena) who brought the amendment to the pay plan on Saturday. Gibson had moved to pass the original pay plan to the House Floor, and was the only Republican to vote for that in House Appropriations. The motion failed and Gibson says this change to the bill was needed to get Republican support.
“I did not want to see this die,” Gibson said. “I do not want to walk away from here again and see these people that deserve a raise not get one.” Gibson notes the pay plan now gives the Governor discretion to give higher percentage raises to those in lower pay brackets, and perhaps lower raises to those who have received raises in broadband pay over the last few years. He also says the bill still preserves a ten percent increase to health insurance each of the next two years.
“I think Representative Gibson has done his best to keep this pay plan bill, House Bill 13, moving forward,” said Eric Feaver, President of the state’s largest public employee union, the MEA-MFT. Feaver says the objective now is to pass the bill out of the House as amended, then try to add some more money back into the bill when it heads over to the Senate Finance and Claims Committee.

Tonight on “Capitol Talk”, our weekly legislative analysis program, News Director Sally Mauk talks with Lee newspaper reporters Chuck Johnson and Mike Dennison about tax holidays for the oil and gas industry, budget hearings, the dangers of raw milk – and the fun of dressing up… 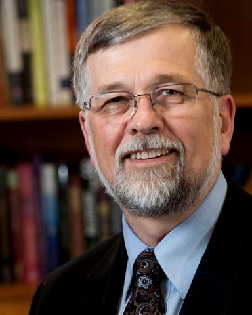 University of Montana President Royce Engstrom is having a busy winter, preparing arguments for the legislature, hiring a new Cabinet, and steering the campus through two federal investigations and an NCAA investigation. In tonight’s feature interview, Engstrom sits down with News Director Sally Mauk to talk first about legislative priorities. Those include making sure the university system gets a boost in funding to cover inflation and other rising costs:…