A group representing retired public employees has written a letter urging Governor Steve Bullock to veto the bill fixing the very pension systems they rely on.

“The Association feels betrayed by your office and is adamantly opposed to House Bill 454 at this time,”  Wrigg writes to the governor, “House Bill 454 could have been modified in a way that would be much more palatable to the Association and its members, and all retirees, without inflicting the harm that it has.”

Montana’s two biggest retirement systems are facing more than a $4 billion shortfall over the next 30 years if the bills passed by the legislature to shore up those plans are not signed by the governor. The measures balance the budgets of the pensions by requiring both employers and employees pitch in more money, some natural resource or general fund money is kicked in, and benefits are reduced slightly. It’s that last part that has angered retirees.

The AMRPE initially supported the fix to the Public Employee Retirement System, before it was amended to reduce the cost of living increases. Wrigg says the AMRPE was not consulted on those amendments.

“It is our understanding that your office was actively involved in those amendments that further trampled on the rights of retirees,” Wrigg writes in his letter.

Gov. Bulllock’s Budget Director Dan Villa says the administration understands the concerns of the retirees on the reductions and admits they will likely be found unconstitutional.

“We believe that ultimately when current and retired employees bring challenge to them that they will be successful,” Villa said, adding the bill fixes the retirement system with or without the reduction in yearly raises which he said just make the fix more aggressive.

“When and if they are found unconstitutional by the state courts, we will still have a solvent public pension system that does not increase taxes and we’ll be the first state in the country to do so,” Villa said.

Wrigg said he wants the pension fix bills to pass without the raise reductions–he would prefer that to them dying through a veto. He says the group will consider legal actions against the bills if the governor signs them, which is expected. But, he doesn’t approve of the tactic.

“Legislation through litigation is really not the way to solve our problems in this state,” he said.

The House of Representatives has decided to move forward with a plan to fix the state’s ailing pension systems, a plan brought forward by Governor Steve Bullock.

As we’ve reported, the  state’s biggest retirement systems are on pace to be more than $4 billion in debt over the next 30 years if their funding mechanism isn’t changed.

The Governor’s plan is split into two bills which separately address the state’s two largest systems, the Teachers Retirement System (TRS) and Public Employees Retirement System (PERS). Those plans require both employers and employees put in more money toward the pensions. They would also take more money from state trust lands. The House approved both by wide margins Thursday, 60-39 for the TRS plan and 64-35 for the PERS plan.

“I think most citizens of Montana are gonna see that we’re just trying to bail out a failed plan,” said Representative Keith Regier (R-Kalispell). He sponsored another bill which became the top alternative to the Governor’s plan. It would have moved all new hires over to defined contribution plans, which are similar to 401(K) plans used often in the private sector. Making that shift would have cost the state more money, but Regier argues only for the short term. Under his plan, the state could eventually transition out of the pension program. The state would contribute money to the defined contribution plans of the employees, but the stability of those plans would be based on the whims of the stock market.
“It comes down to who should have the risk for somebody’s retirement,” he said, meaning the individual employees with the defined contribution plans or the state with the current pension system. 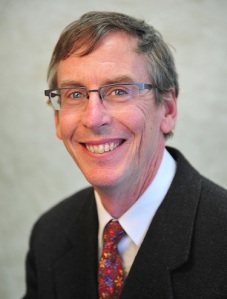 Representative Tom Woods (D-Bozeman) sponsored the Governor’s plan to fix the Teachers Retirement System. He says House members realized it was the best way to move forward, “that it’s more expensive to close defined benefit plans than to fix them.” He believes the two bills have cleared their biggest hurdles as they move over to the Senate.

“I believe these bills will pass,” said Eric Feaver, President of the state’s largest public employee union, the MEA-MFT. “This is the session to do it, we have the money to do it, we have the commitment.” Feaver is a strong supporter of the pension fix bills even though he believes parts of the measures are unconstitutional. While the Governor’s pension bills were in a joint-select committee responsible for pensions, lawmakers added amendments which would lower the guaranteed cost-of-living adjustment built into the plans of current employees. Legislative legal staff have warned this could be a breach of contract.
“That’s a problem,” Feaver said. He says he will lobby to try to remove those amendments in the Senate or if the bill makes it to Governor Bullock’s desk. If they make it all the way through the process, he believes he and several other plaintiffs could mount a successful lawsuit to strip them.
“The bills need to pass anyway,” he said.
Lawmakers in favor of the 401(K) retirement plan shift are not giving up. On Wednesday, Senator Dee Brown introduced a bill which, if passed, would put the proposal before the voters. 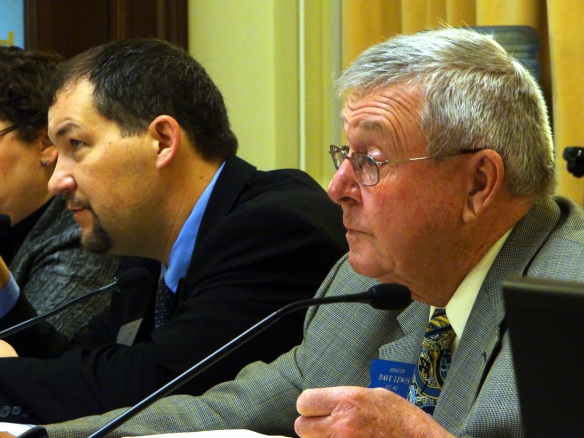 The Joint-Select Committee on Pensions has had a tough job the last few months– wading through the complex budget shortfall facing the state’s largest retirement systems. Over the next 30 years, those funds will end up more than $4 billion in debt if nothing is done.

When the committee first started meeting, it was mentioned that the committee would try to put forth one, encompassing bill to fix the pensions, combining what they liked from the 18 different bills presented to them. But as discussions moved forward, it became clear the group of eight Republicans and four Democrats were considering two main, and opposing, ideas.

Ultimately, the joint-select committee decided to pass both ideas on to the House Appropriations Committee. Chair Lewis says he has received criticism for not settling on one bill, but he says the two main ideas are in too stark opposition to combine.

“You can’t meld those,” he said. “These are policy choices the Legislature’s going to have to make.”