The president of the state’s largest public employee union said Wednesday he will still try to negotiate five percent base pay raises for state employees each of the next two years even though lawmakers only appropriated 75-percent of the funds necessary to do so.

“The bill as introduced had five and five on July one,” MEA-MFT President Eric Feaver said, “but you can make five and five happen anytime.”Legislators cut $38 million from the pay plan bill originally negotiated between employee unions and former-Gov. Brian Schweitzer. Conservative lawmakers argued a full five and five plan was too expensive and would be giving pay increases to many employees who had received other types of raises over the past couple of years. These Republicans wanted a leaner pay plan that specifically requested the governor and unions give greater emphasis to the minority of state employees who have not received any raises for more than four years.

“We see that as a legislative encouragement, but not a mandate,” Feaver said. “It doesn’t say ‘you will do this’ and, in fact, we would believe that would be violative of collective bargaining.”

Feaver said MEA-MFT is standing firm on negotiating the five and five. He says the state can get there by delaying the implementation of raises, lowering their overall cost.

“If you start (the 5 and 5) January 1, you save $34 million,” Feaver said, although he advocates starting at the beginning of October.

“It’s a big priority to me to make sure that we do this the best way that we can with the money that was given to us,” Gov. Steve Bullock said. He said his first priority is to start working through the 200 or so bills delivered to his desk after the close of the 2013 Legislature. Afterward, he said his administration will begin negotiations on the state pay plan–probably in the next few weeks. 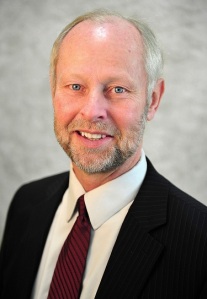 The House of Representatives has decided to move forward with a plan to fix the state’s ailing pension systems, a plan brought forward by Governor Steve Bullock.

As we’ve reported, the  state’s biggest retirement systems are on pace to be more than $4 billion in debt over the next 30 years if their funding mechanism isn’t changed.

The Governor’s plan is split into two bills which separately address the state’s two largest systems, the Teachers Retirement System (TRS) and Public Employees Retirement System (PERS). Those plans require both employers and employees put in more money toward the pensions. They would also take more money from state trust lands. The House approved both by wide margins Thursday, 60-39 for the TRS plan and 64-35 for the PERS plan.

“I think most citizens of Montana are gonna see that we’re just trying to bail out a failed plan,” said Representative Keith Regier (R-Kalispell). He sponsored another bill which became the top alternative to the Governor’s plan. It would have moved all new hires over to defined contribution plans, which are similar to 401(K) plans used often in the private sector. Making that shift would have cost the state more money, but Regier argues only for the short term. Under his plan, the state could eventually transition out of the pension program. The state would contribute money to the defined contribution plans of the employees, but the stability of those plans would be based on the whims of the stock market.
“It comes down to who should have the risk for somebody’s retirement,” he said, meaning the individual employees with the defined contribution plans or the state with the current pension system.

Representative Tom Woods (D-Bozeman) sponsored the Governor’s plan to fix the Teachers Retirement System. He says House members realized it was the best way to move forward, “that it’s more expensive to close defined benefit plans than to fix them.” He believes the two bills have cleared their biggest hurdles as they move over to the Senate.

“I believe these bills will pass,” said Eric Feaver, President of the state’s largest public employee union, the MEA-MFT. “This is the session to do it, we have the money to do it, we have the commitment.” Feaver is a strong supporter of the pension fix bills even though he believes parts of the measures are unconstitutional. While the Governor’s pension bills were in a joint-select committee responsible for pensions, lawmakers added amendments which would lower the guaranteed cost-of-living adjustment built into the plans of current employees. Legislative legal staff have warned this could be a breach of contract.
“That’s a problem,” Feaver said. He says he will lobby to try to remove those amendments in the Senate or if the bill makes it to Governor Bullock’s desk. If they make it all the way through the process, he believes he and several other plaintiffs could mount a successful lawsuit to strip them.
“The bills need to pass anyway,” he said.
Lawmakers in favor of the 401(K) retirement plan shift are not giving up. On Wednesday, Senator Dee Brown introduced a bill which, if passed, would put the proposal before the voters.

The Governor’s office has negotiated pay increases with the unions representing state employees.The deal for public employees includes a 10 percent raise over the next two years. This also applies for employees of the Montana University System.

But there’s a catch. The raises must be approved by the 2013 legislature, after current Governor Brian Schweitzer has already left office.

President of the state’s largest employee union, the MEA-MFT, Eric Feaver says many state employees will have gone without a pay raise for four years when the Legislature considers this deal.

“So the bill has come due,” he said, “and these state employees, they deserve the money.”

The 10 percent raise reached in the deal with the Schweitzer Administration spreads over two years. Five percent next year, another five the year after that.

The agreement also includes a 20 percent total increase in the state’s share of employee health insurance premiums. The state is projected to have a budget surplus of over $400 million this next biennium. Feaver says that’s enough money.

“For sure, the state can afford this plan. And so for us to argue differently is just simply to once-again tell state employees that we don’t value your service,” he said.

He calls that a solid argument.

Feaver has no doubt a Republican dominated legislature would be less inclined to support the deal.

“But, if we are able to shrink the margin of partisan difference perhaps folks will get on board and we will go forward,” Feaver said.

“There’s some consideration that state employees do need a raise and I think that will be seriously considered,” Ripley said.

He suggests approving raises for those state employees on the lower tiers. He says those at the top have been receiving other raises outside of their base salary pay.

As for whether or not the Legislature will be willing to spend its budget surplus on state employees?

“There’s gonna be a lot of demand on that and how that is split up we’ll just have to wait and see. It’s a complicated process to work through,” Ripley said.

The raises would affect between 15-thousand and 16-thousand employees.

The Governor’s office says the total cost would be $138 million.